The run goes on 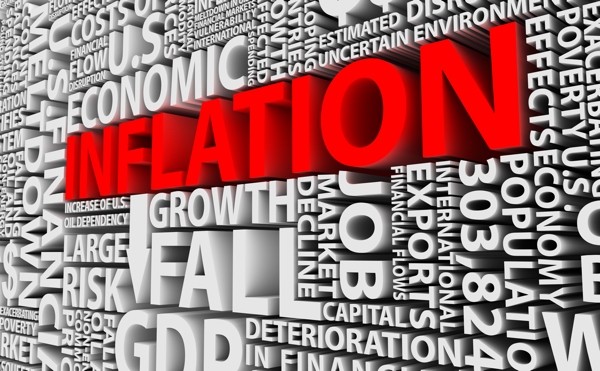 It’s been another very good week for equity markets, extending the run to four weeks in many cases as investors become more optimistic about the economic outlook.

This week has been all about the inflation data and, frankly, it could be the dominant force in the markets now right up until the Jackson Hole symposium. The fact that inflation not only decelerated in the US but at a faster pace than the consensus forecasts was a double win and risk assets are feeling the benefit.

Of course, it doesn’t take much of a dive into the data to see that fuel prices are having a considerable impact, favourably for once. This isn’t something that’s going to sway the Fed at all even if it will ease the burden on the economy a little. The Fed will need to see broader signs of inflationary pressures softening to ease off the brake into year-end.

It is worth highlighting also the apparent disconnect between the equity and bond markets. Equity markets give the impression that all is not as bad as it seemed – the Dow is less than 10% from its all-time highs – while the bond market has recession signals flashing red. The 2-10 inversion is not only apparent but this week it’s the most inverted it’s been in more than 20 years. How long can investors ignore that?

We’ve seen broad, albeit relatively small, gains across Asia overnight with the Shanghai Composite underperforming. It may be that the country’s zero-Covid policy is continuing to hold it back, with China reporting a slight uptick in cases including a small number in Shanghai which could be making investors a little nervous.

The policy remains a constant downside risk for the economy which is facing other headwinds at the same time and the leadership appears unusually at ease with missing its annual growth target. All of which makes any prospect of further monetary easing unlikely in the near-term, with the PBOC highlighting this week its caution despite the inflation data surprising to the downside.

It’s not going to be fun to watch the UK economic data over the coming months and the misery looks to have started early, with GDP numbers this morning reporting a slight contraction in the second quarter – albeit a slightly smaller one than forecast – following a 0.6% decline in June which was also better than the consensus. So basically, it’s bad but not as bad as feared and that may be as good as it gets for a while. Naturally, as you can see by the reaction in the pound, no one is in the mood to celebrate that.

The 0.2% reduction in real household consumption will only get worse as we move into the winter, with energy prices set to soar again by a staggering amount. I’d provide the latest estimate of what the increase will be but by the time I send this out, it will probably have risen again. As households tighten the purse strings this winter, consumption will likely fall a lot more bringing about the recession the BoE has long feared and now doubled down on.

It’s shaping up to be a relatively calm end to the week and that may not be good news for bitcoin in the short term as it may encourage some profit-taking into the weekend. It’s off around 1% today and back below $24,000 at the time of writing. What’s interesting about bitcoin at these levels is how little momentum there is in the rallies, which is going to make $25,000 very difficult to overcome. Is that a sign that we’re seeing some profit-taking or that the correction has run its course and further downside pressure is on the horizon?