US inflation will likely stay high even as gas prices fall 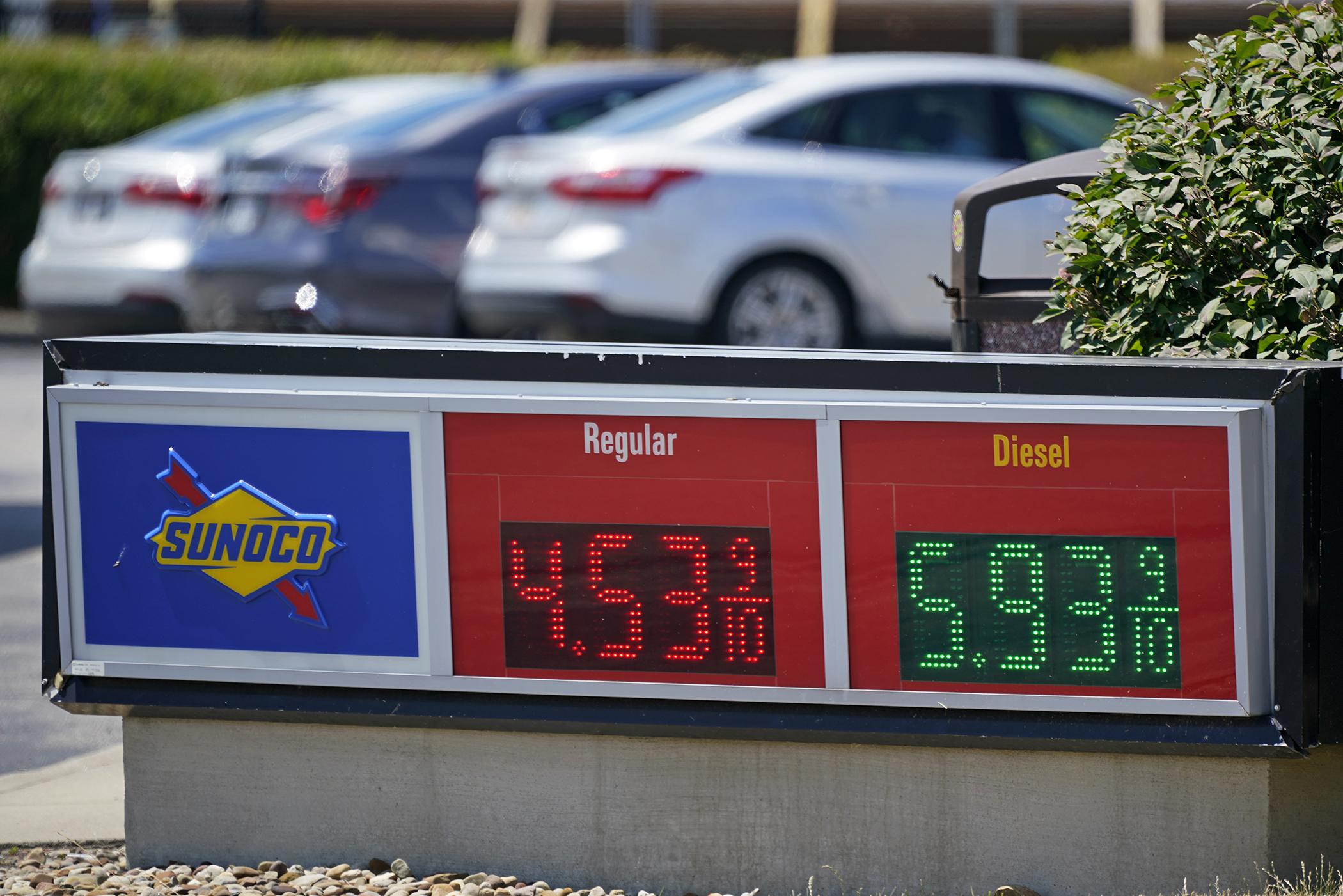 WASHINGTON (AP) — Americans may finally be catching a break from relentlessly surging prices — if just a slight one — even as inflation is expected to remain painfully high for months.

Thanks largely to falling gas prices, the government’s inflation report for July, to be released Wednesday morning, is expected to show that prices jumped 8.7% from a year earlier — still a sizzling pace but a slowdown from the 9.1% year-over-year figure in June, which was the highest in four decades.

The forecast by economists, if it proves correct, would raise hopes that inflation might have peaked and that the run of punishingly higher prices is beginning to ease slightly. There have been other hopeful signs, too, that the pace of inflation may be moderating.

At the same time, an array of other economic developments are threatening to keep intensifying inflation pressures. The pace of hiring is robust and average wages are up sharply. And even as gas prices fall, inflation in services such as health care, rents and restaurant meals is accelerating. Price changes in services tend to be sticky and don’t ease as quickly as they do for gas, food or other goods. Those trends suggest that overall inflation may not drop significantly anytime soon.

President Joe Biden has already pointed to falling gas prices as a sign that his policies — such as releases of oil from the nation’s strategic reserve — are helping combat the higher costs that have hammered household budgets, particularly for lower-income families.

Yet Republicans will push ongoing high inflation as a top campaign issue in this fall’s elections, with polls showing that high prices have driven Biden’s approval ratings down sharply.

On Friday, the House is poised to give final congressional approval to a revived tax-and-climate package pushed by Biden and Democratic lawmakers. The bill, which among other things aims to ease pharmaceutical prices by letting the government negotiate Medicare’s drug costs, is expected to cut the federal budget deficit by $300 billion over a decade.

Yet economists say the measure, which its proponents have titled the Inflation Reduction Act, will have only a minimal effect on inflation over the next several years, though it could could slow price increases a bit more later this decade.

Economists have forecast that Wednesday’s inflation report will show that consumer prices rose 0.2% from June to July, according to FactSet. That would mark a steep drop from the 1.3% jump from May to June.

But excluding the volatile food and energy categories, so-called core inflation likely stayed high. Economists project that core prices rose 0.5% from in July, still a sharp rise, though down from the 0.7% jump in June. Such an increase would leave core prices 6.1% higher than a year ago, up from a 5.9% year-over year increase in June.

If overall inflation did ease in July, it will largely reflect a 16% plunge in prices at the gas pump from their peak in mid-June, when gas hit a national average of $5 a gallon. The average price fell to about $4.20 by the end of July and was just $4.03 by Tuesday. The continuing drop means that lower gas prices will likely pull inflation down further in August.

Other items may have also helped lower price gains in July: Food costs, though they likely kept rising, probably did so at a slower pace than in June. Prices for used cars, clothing and rental cars may have fallen, too.

Federal Reserve Chair Jerome Powell has said the Fed needs to see a series of declining monthly core inflation readings before it would considering pausing its interest rate increases. Though the Fed more closely tracks a different inflation measure, it also monitors the figures in Wednesday’s report, known as the consumer price index.

The Fed has raised its benchmark short-term rate at its past four rate-setting meetings, including a three-quarter point hike in both June and July — the first increases that large since 1994. A blockbuster jobs report for July that the government issued Friday — with 528,000 jobs added, rising wages and an unemployment rate that matched a half-century low of 3.5% — solidified expectations that the Fed will announce yet another three-quarter-point hike when it next meets in September.

Financial markets are betting that the Fed will raise rates several more times this year, to a range of 3.5% to 3.75%, but will ultimately have to cut rates by next summer because traders expect the higher rates to cause a recession.

Some trends do point to lower future inflation. The supply chain snags that have elevated prices for cars, furniture, appliances and other goods are easing.

The number of ships waiting to be unloaded at the Los Angeles/Long Beach port has fallen for six straight months, according to Oxford Economics. Shipping costs have generally leveled off or declined, including for trucking and rail services, Oxford said, though they remain high.

And a drop in Americans’ expectations for future inflation may also keep higher prices from becoming entrenched. Such expectations can be self-fulfilling: If people believe inflation will stay high or worsen, they are likely to take steps — such as demanding higher pay — that can then send prices higher in a self-perpetuating cycle. Companies often raise prices to offset higher their higher labor costs.

But a survey by the Federal Reserve Bank of New York, released Monday, showed that Americans now expect lower inflation in the next few years than they did a month ago. Yung-Yu Ma, chief investment strategist at BMO Wealth Management, said lower inflation expectations may allow the Fed to react less aggressively to reports, such as last month’s burst of hiring, that suggest the economy is still strong and that inflation could remain high.

“It’s a modestly good sign,” Ma said of the inflation expectations data. “It gives them a little bit of room to not take a more aggressive approach.”