We’ll Need Double The Number Of Passenger And Freighter Aircraft By 2041: Airbus 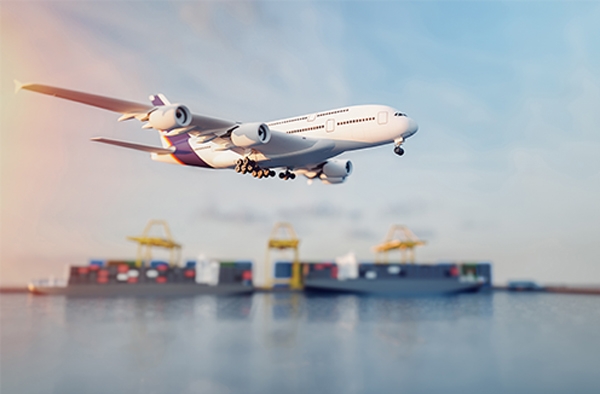 The world will need to more than double the number of passenger and freighter aircraft by 2041 to meet demand, according to Airbus’s latest outlook. The giant European aerospace company says that nearly 47,000 aircraft will be in service by 2041, up about 105% from the 22,880 aircraft that were in service at the beginning of 2020.

Only a small percentage of these older jets and planes will remain in the air 20 years from now, Airbus predicts, meaning a vast majority of them will need to be replaced to comply with stricter emissions standards. Today, only around 20% of the total global fleet is represented by next-generation fuel efficient aircraft; by 2041, this figure with be above 95%, Airbus says.

The lion’s share of the growth is projected to occur in the fast-growing Asia-Pacific region, followed by North America, Europe and the Commonwealth of Independent States (CIS), which includes former Soviet states.

Compared to passenger aircraft, freighters make up a relatively small percentage of the global fleet. However, as international trade is expected to double over the next 20 years, the number of freighter aircraft that can carry over 10 tonnes will need to increase to more than 3,000 by 2041, up from a little over 2,000 today.

With inflation running rampant at the moment and a recession imminent, it may seem doubtful to some that trade could double in 20 years. Nevertheless, we’re already seeing the value of internationally traded goods and services soar to new heights. In the first quarter of 2022, global trade hit a new record high of $7.7 trillion, according to just-released data from the United Nations Conference on Trade and Development (UNCTD).

Granted, a big part of this increase in value is due to elevated prices, but I expect to see fresh new quarterly records over time as the size of the global middle class continues to expand.

I Travel The World And The Seven Seas…

Passenger traffic is also projected to more than double over the next 20 years, Airbus says, necessitating the need for thousands of new and improved aircraft. Between 2019 and 2041, world traffic is expected to grow at a compound annual growth rate (CAGR) of 3.6% and may eventually top a head-spinning 20 trillion revenue passenger kilometers (RPK).

You only thought airports were crowded now.

It’s for this reason that travel hubs will need to be expanded and updated.

Boeing Delivers The Most Aircraft Since 2019

Airbus is scheduled to report first-half results later this month, but for now, the attention is on its U.S. competitor Boeing.

The company, which is moving its corporate headquarters from Chicago to Arlington, Virginia, due to the city’s proximity to Washington, D.C., reported stellar delivery results this week for the second quarter. One hundred twenty-one aircraft were delivered in the three months ended June 30, bring the year-to-date figure to 216 aircraft. Boeing delivered 51 planes in June alone, making it the company’s best month since March 2019.

We like both Airbus and Boeing as the two companies drive innovation to pick up additional global market share. And if Airbus’s projections are correct, there should be a lot of business to go around.

Watch our video, “Can Airlines Continue to Prosper Throughout 2022?” by clicking here!

All opinions expressed and data provided are subject to change without notice. Some of these opinions may not be appropriate to every investor. By clicking the link(s) above, you will be directed to a third-party website(s). U.S. Global Investors does not endorse all information supplied by this/these website(s) and is not responsible for its/their content.

Holdings may change daily. Holdings are reported as of the most recent quarter-end. The following securities mentioned in the article were held by one or more accounts managed by U.S. Global Investors as of (6/30/2022): Airbus SE, The Boeing Co.