$7.25 federal minimum wage is worth less than it was 60 years ago 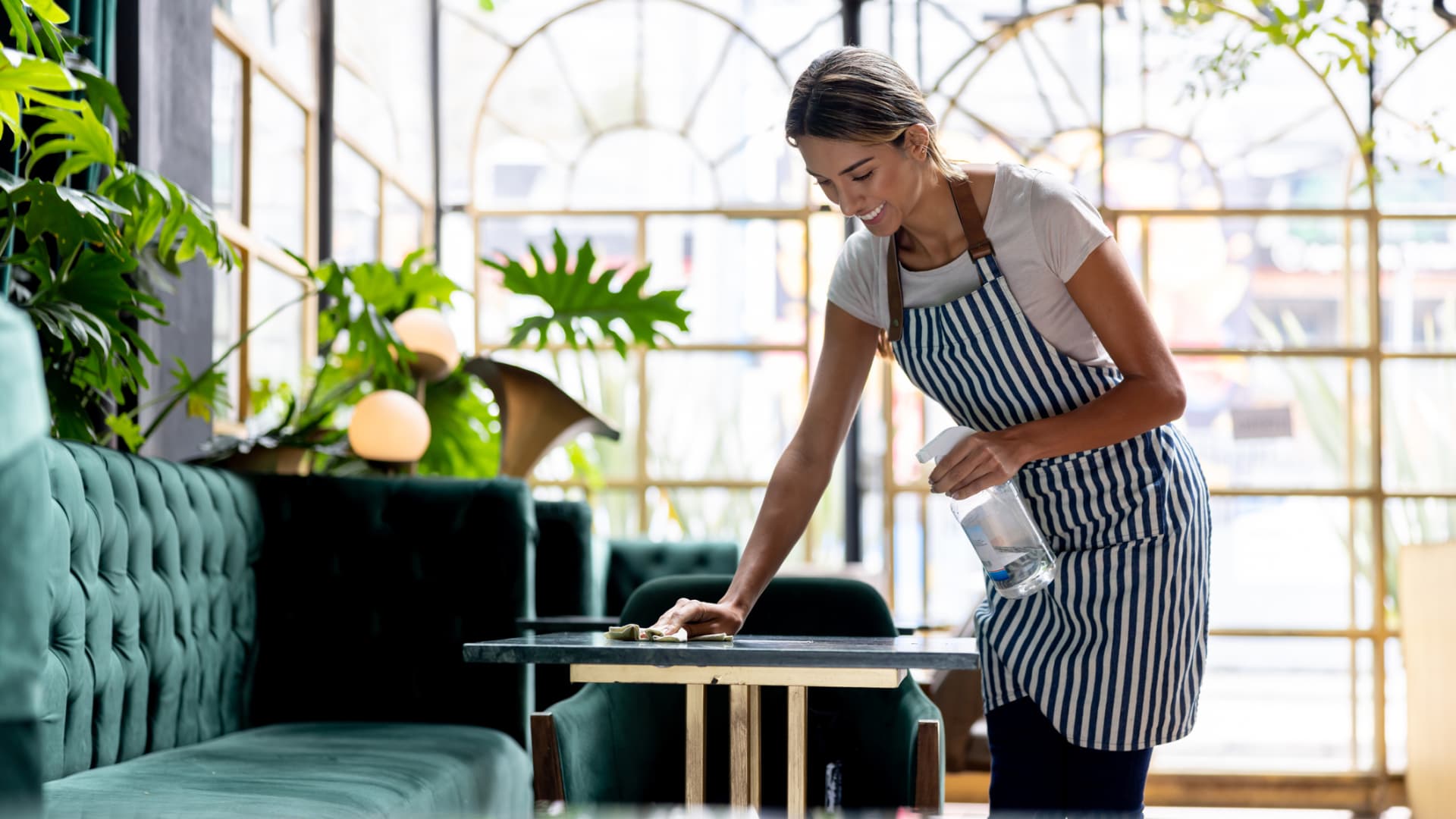 The federal minimum wage is at its lowest value since February 1956, analysis from the Economic Policy Institute shows.

The nonpartisan think tank’s recent analysis of Consumer Price Index (CPI) data found that the $7.25 federal minimum wage hasn’t been worth less since the Eisenhower administration, when the minimum wage was 75 cents, which would be worth $7.19 today.

“From basically the late 1950s until the early 1980s, Congress used to raise the minimum wage fairly frequently,” David Cooper, director of the economic analysis and research network at the EPI, tells CNBC Make It. “It was only starting in the 1980s with the Reagan administration where we went through this long spell where we just didn’t touch the federal minimum wage.”

Until now, the previous longest span between minimum wage increases was 10 years, between September 1997 and July 2007.

“We’ve gotten into this pattern where we let inflation just eat away at the minimum wage’s value instead of doing something to make sure that it’s still a more adequate wage for folks,” Cooper says.

“Think what that means for someone who’s trying to afford rent, or a car payment, or student loans or whatever it may be,” Cooper says. “That’s an enormous difference in that person’s quality of life.”

Many parts of the U.S. have taken minimum wage increases into their own hands, with Nevada, Oregon, Connecticut and Washington, D.C. all increasing their minimum wages as of July 1, CNBC reports. Other states with higher minimum wages include Vermont, South Dakota, New York, California and New Mexico. But 20 states still have a minimum wage of $7.25.

President Joe Biden has advocated for a $15 federal minimum wage, and earlier this year signed an executive order raising the minimum wage for federal workers and contractors to $15.

An effort to include a $15 minimum wage in last year’s $1.9 trillion coronavirus relief package was halted by the Senate parliamentarian, who deemed it ineligible.

Despite some states increasing their minimum wage, Cooper says that real change will only be seen once it happens at the federal level, adding that a low wage floor affects more people than just those earning the minimum.

“It is also damaging for people who are a little further up the wage ladder and earning $3 or $4 more than the minimum,” he says. “If that wage floor had been raised more regularly over the course of the last 20 to 30 years, those folks would be earning a lot more today than they currently are.”

Sign up now: Get smarter about your money and career with our weekly newsletter

Don’t miss: Millionaire who retired at 35: I’m doing ‘nothing’ with my investments, despite recession fears