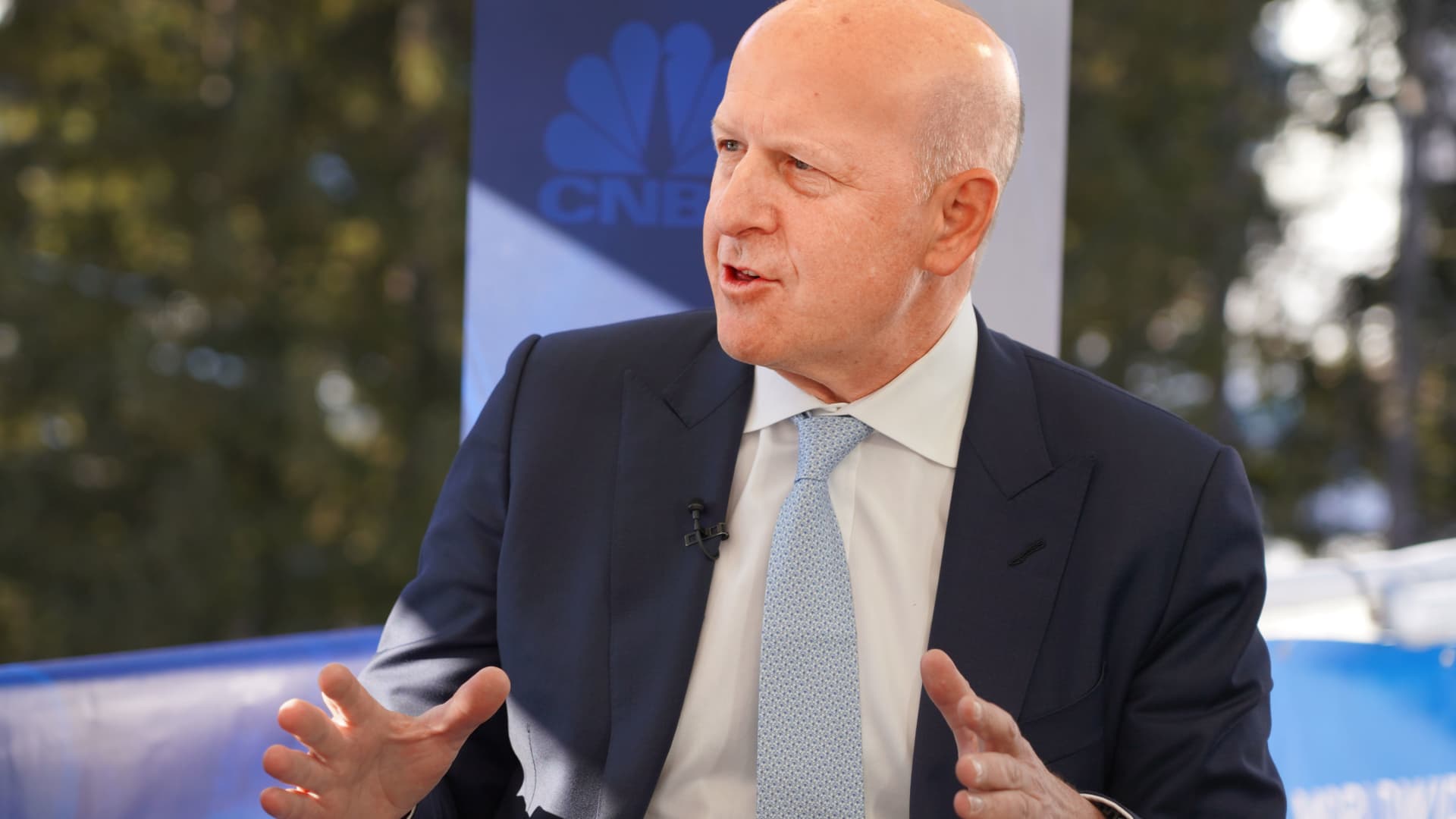 Here’s what the company reported compared with what Wall Street was expecting, based on a survey of analysts by Refinitiv:

Second-quarter profit fell 48% to $2.79 billion, or $7.73 a share, driven by industrywide declines in investment banking revenue. Still, the per share results were more than a dollar higher than the average analyst estimate reported by Refinitiv.

Revenue fell 23% to $11.86 billion, which was a full $1 billion more than analysts had expected, driven by a 55% surge in fixed income revenue.

Goldman shares were up about 4% in premarket trading.

“We delivered solid results in the second quarter as clients turned to us for our expertise and execution in these challenging markets,” CEO David Solomon said in the release.

“Despite increased volatility and uncertainty, I remain confident in our ability to navigate the environment, dynamically manage our resources and drive long-term, accretive returns for shareholders,” he said.

Goldman tends to outperform other banks during periods of high volatility, as displayed by the firm’s strong fixed income results.

Similar to rivals including JPMorgan Chase and Morgan Stanley who posted steep declines in second-quarter advisory revenue, Goldman said investment banking revenue dropped 41% to $2.14 billion, slightly higher than the $2.07 billion estimate. The firm blamed a sharp slowdown in equity and debt issuance in the quarter, one of the casualties of surging interest rates and declines across financial assets.

The bank said its deals backlog shrank compared with the first quarter, which could indicate that potential mergers and IPOs are being killed instead of being pushed back into future quarters.

Goldman also tends to benefit from rising asset prices through its various investment vehicles, and so broad declines in financial assets stung the firm in the quarter.

Asset management revenue fell 79% from a year earlier to $1.08 billion, edging out the $924.4 million estimate. The decline came from losses in publicly traded stocks and smaller gains in private equity holdings, the bank said.

“Macroeconomic concerns and the prolonged war in Ukraine continued to contribute to the volatility in global equity prices and wider credit spreads,” the bank noted.

Goldman shares have fallen 23% this year through Friday, worse than the 16% decline of the KBW Bank Index.