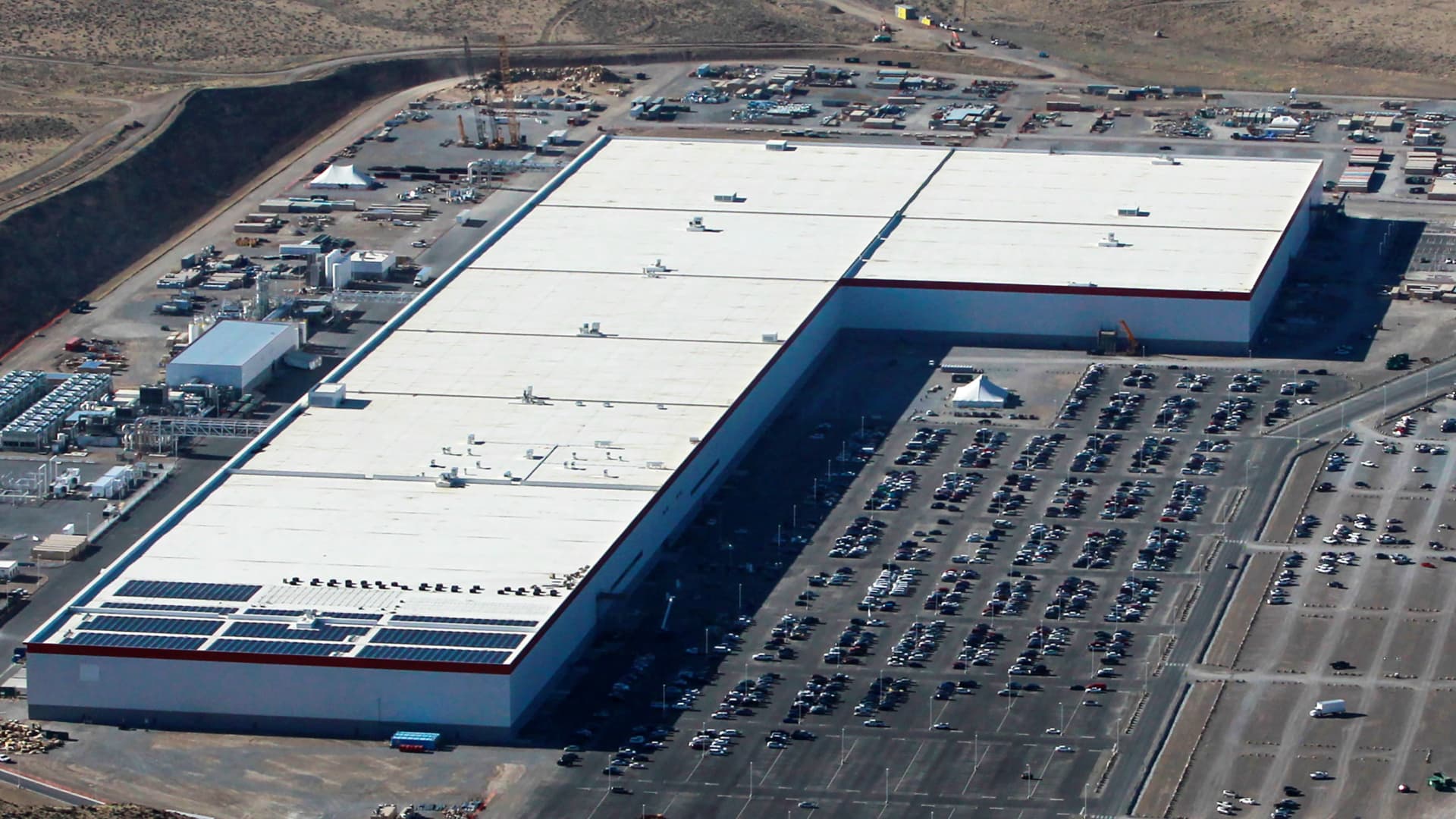 An aerial view of the Tesla Gigafactory near Sparks, Nevada

Panasonic is planning to build a new battery factory in Kansas to produce high-capacity cells for Tesla, according to a report out Wednesday from Nikkei Asia.

Kansas Gov. Laura Kelly, a Democrat, has scheduled a news conference in Topeka today at 5 local time where she’s expected to announce details on the Panasonic plant.

Panasonic previously invested in and jointly operates a battery factory with Tesla in Sparks, Nevada, outside of Reno, known as the Gigafactory (or Gigafactory 1). That sprawling facility was slow to achieve profitability due to high defect rates and slower-than-anticipated mass production, Nikkei reported, but it became profitable in 2021.

Tesla‘s appetite for battery cells is increasing along with its ambitions to ramp up vehicle production at new factories near Austin, Texas, and Berlin. The company reported annual vehicle deliveries of 936,172 in 2021, an 87% increase from 2020. The cost of battery materials is rising with inflation, increased electric vehicle production, and supply chain complications exacerbated by the ongoing pandemic and Russia’s brutal invasion of Ukraine.

A local news outlet, the Kansas City Star, previously reported that Panasonic may locate its new factory, which is expected to employ around 4,000 people, at a former ammunition factory in De Soto, Kansas. The governor’s office and Panasonic did not immediately respond to requests for comment.

To date, Elon Musk’s electric vehicle company has mostly relied on Panasonic and other vendors including CATL in China, for battery cells that go into their cars’ high-voltage battery packs, and into the company’s energy storage systems for home, commercial and grid-scale installations.

But Tesla has also been working to produce and commercially use its own 4680 battery cells. It acquired Canadian battery manufacturing companies including Hibar Systems to help with this objective.

In October 2021, Tesla said it would change the battery cell chemistry that it uses in all of its standard range vehicles to use lithium-iron-phosphate (LFP) cells rather than nickel-cobalt-aluminum (NCA) cells, which Tesla intended to keep using in its longer-range vehicles.

Panasonic is not alone in expanding its battery manufacturing investments in the U.S.

According to research by Canalys, global sales of battery electric vehicles amounted to 4.5 million units in 2021, representing about 69% of overall electric vehicle sales including plug-in hybrid electrics.